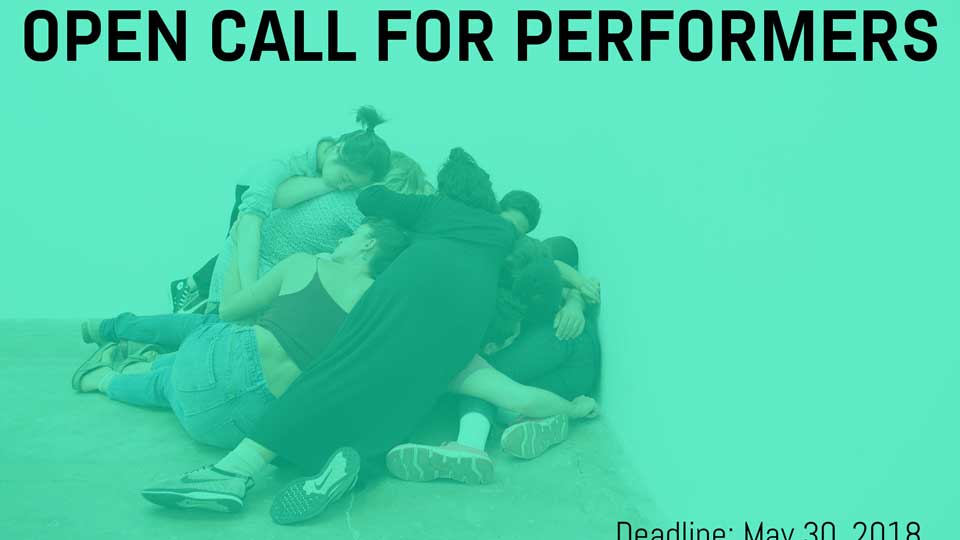 Diverse group of London-based performers needed between the ages of 25-75 to perform a task-based, game-like choreography consisting of minimal movements and gestures during a video shoot and live performance to be presented at the cutting-edge art space Delfina Foundation in London.

International visual artist and artist in resident at Delfina Foundation is seeking a diverse group of performers between the ages of 25-75 to perform in front of the camera during a one-day video shoot in addition to a live performance to be presented at the cutting-edge art space Delfina Foundation in London. Both the video and the live performance will be comprised of a task-based, game-like choreography consisting of minimal movements and gestures in relation to the group and the architecture of the gallery.Performers need to be based in and around London.

The video shoot will take place in a stunning studio on the evening of June 4 and throughout the day on June 5. There will also be two short rehearsals followed by a live performance on June 19th. Both video and live performance will be presented at the galleries of Delfina Foundation on June 19th.

This is an opportunity for performers looking to further/gain experience in performing in the visual arts context and be part of a fun and stimulating performance group. High quality photo and video documentation will also be provided for your own portfolios. There will be snacks and drinks during the rehearsals.

Please apply with a brief introduction about yourself and your experience/background to moveatdelfina@gmail.com