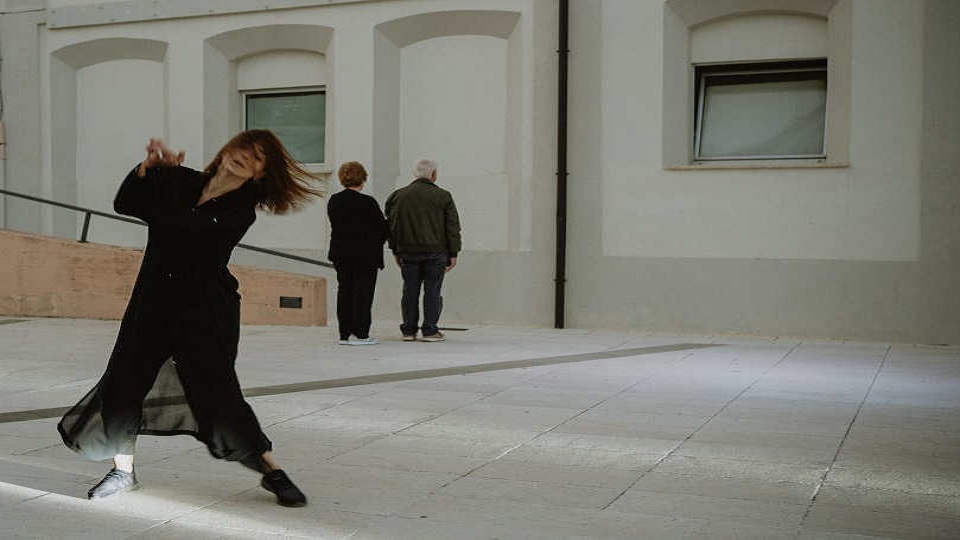 Call for participation – residency for artists working in the dance and theater.
Adriatika means going back to the past, discovering the uses and traditions of a population and transforming them into a product that looks to the future through the memory of its past.
The municipalities that will host the Festival are: San Felice del Molise, Montecilfone and Termoli.

The name Adriatika was created with the intention of looking for a common term for the Adriatic sea that can belong to all the populations bordering this sea. A sea called “Adriatico” in Italian and “Jadransko” in Croatian, Montenegrin and Slovenian: the fusion of these two words gives the term Adriatika which we chose as name of the Festival.
The southern Italian region of Molise is particularly linked to the events related to this sea. In the fifteenth century it was a bridge of hope for the Albanian and Croatian populations who, to escape war, hunger or famine, decided to leave their homelands to reach the Italian shore, which would become their new home.
They also found hospitality in Molise, repopulating precisely those hill towns overlooking the Adriatic, perhaps to never lose sight of the sea from which they greeted their homeland.
The Arbëreshë and the Croatian populations did never forget their land of origin, so much so that they still preserve uses, customs and above all the language.
The language is the same that their ancestors spoke in the sixteenth century and it can still be heard today in the towns of Albanian origin and those of Croatian origin.
Which vehicle is more suitable than Art to strengthen the ties between the shores of the Adriatic sea?
But Art is needed also to sew cultural relations between the states by the Adriatic sea, to create that necessary bridge between the two shores and to create exchanges and relationships useful for the tourists and cultural economy.
Thanks to this new artistic and cultural lymph, Adriatika proposes an investigation aimed at promoting the reuse and enhancement of a housing and landscape heritage in the small Molise municipalities involved, victims of decades of depopulation and abandonment. It will include a reflection on architecture, traditions -oral and craft- which can become a field of artistic and cultural experimentation.
Adriatika means going back to the past, discovering the uses and traditions of a population and transforming them into a product that looks to the future through the memory of its past.
The municipalities that will host the Festival are: San Felice del Molise, Montecilfone and Termoli.
The residences will be a period of study aimed at assimilating local traditions, from food to modus vivendi, from songs to the rhythms of life, to investigate the permanence of a ritual linked to the sacredness of the earth and the link with the countries of origin in the different seasonal and territorial variations, despite the interruption of memory of several generations that has replaced traditional lifestyles and contemporary myths, which is at the basis of the phenomenon of the abandonment of the countryside and small areas linked to the rural economy.
The artistic investigation focuses on the ways in which this ritual can be interpreted, reformulated and expressed today with the language of dance, theater, music, in a more general perspective of dialogue between the archaic and the contemporary.
For this, Adriatika intends on the one hand to redevelop and disseminate significant aspects of local culture and on the other to represent a moment of innovation and multidisciplinary experimentation.
The peculiarity of the formula proposed by Adriatika consists in the sequence of a creative residential investigation + community laboratory + show production.

The main objective of ADRIATIKA – Festival of creative migrations, is to enhance the Molise area of Albanian and Croatian origin in its most “hidden” beauties, gathering the seed of tradition to transform it, in the present, into a new way of living in places often unknown, because they are marginalized and abandoned in the economic development process of the last decades.

A maximum of six professional artists working in the theater – dance will be selected, who will be offered a period of artistic residency in the spaces made available by the municipalities of Montecilfone and San Felice del Molise.
During the residency period the artists, in addition to the work of study and creation, will share their artistic path through the development of a workshop aimed at the inhabitants of the host villages.
At the end of the seven days of residency, three Festival days are scheduled, one for each host municipality, plus one in the municipality of Termoli, where the artists will present the return of the residence.
There is a production bonus for each participant of € 500.00 in addition to room and board costs.

Share This
We use cookies to ensure that we give you the best experience on our website. If you continue to use this site we will assume that you are happy with it.OkNo